I designed and art directed the infographics for "Pin a Meal. Give a Meal.", a Pinterest-centered movement, to make it easy to fight hunger by simply pinning a recipe. For each pin or repin of a Land O'Lakes recipe, eight meals were donated to the cause. This campaign was perfect for busy moms because it reached them where they're already spending time meal planning. After only four weeks, total donations were over two million meals and counting

I work on this project while at Colle + McVoy. I collaborated with a social media manager on the Pinterest board and developer on the LandOLakes.com experience 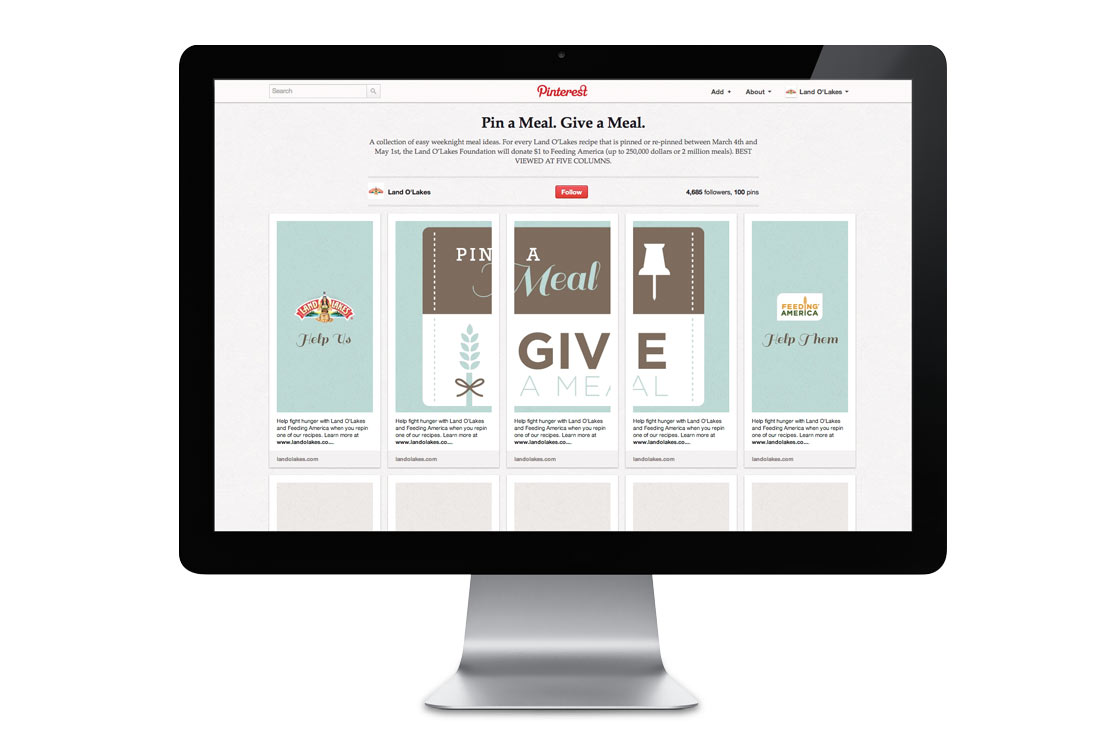 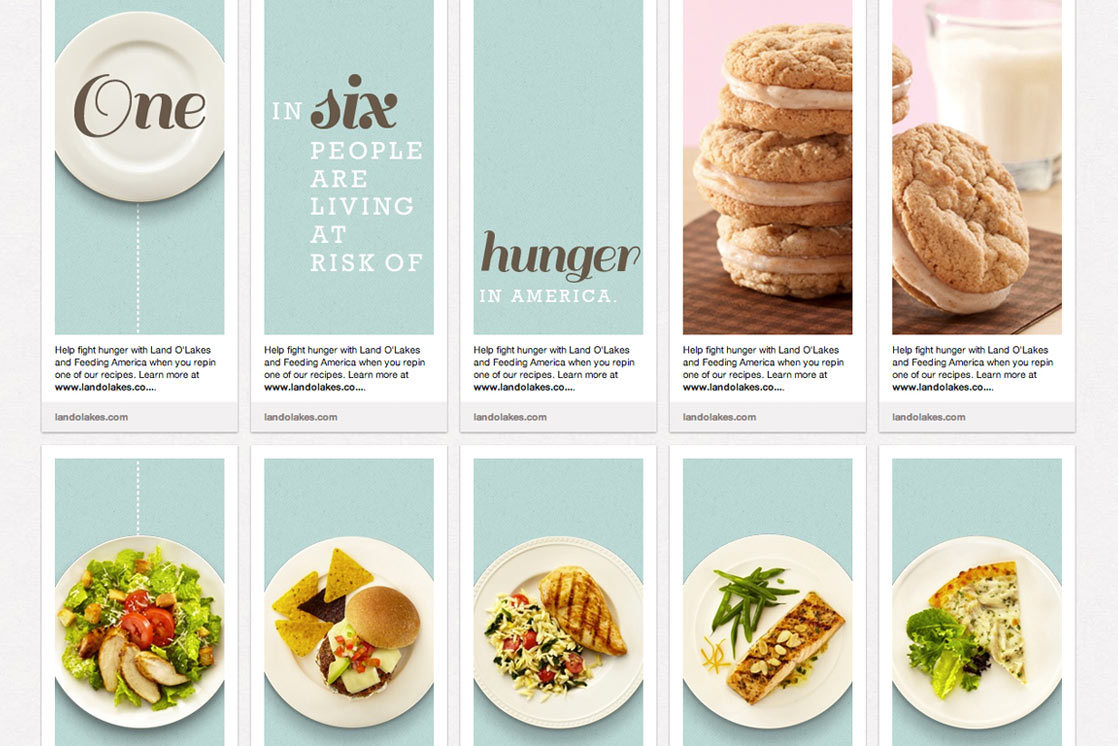 The first challenge was making sure we could utilize Pinterest's platform for our campaign. At the time, we had to insure each image had the same description and meta-data to avoid breaking the height and grid. All 100 images had to added to Pinterest in reverse order. Manually 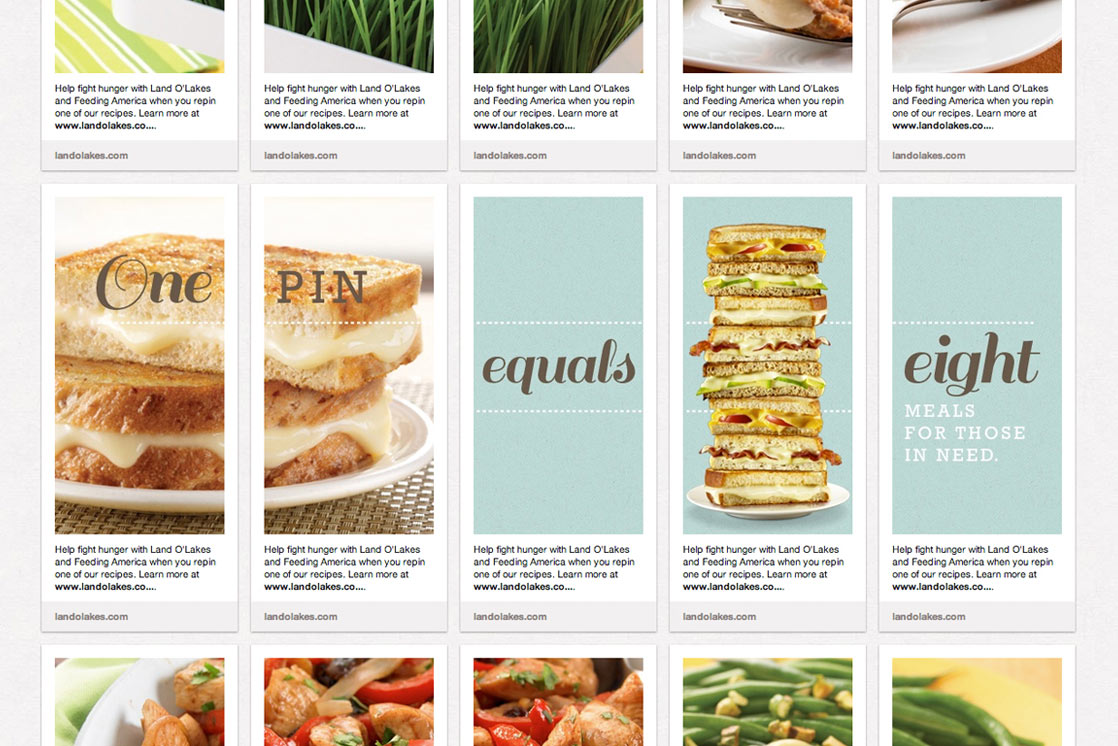 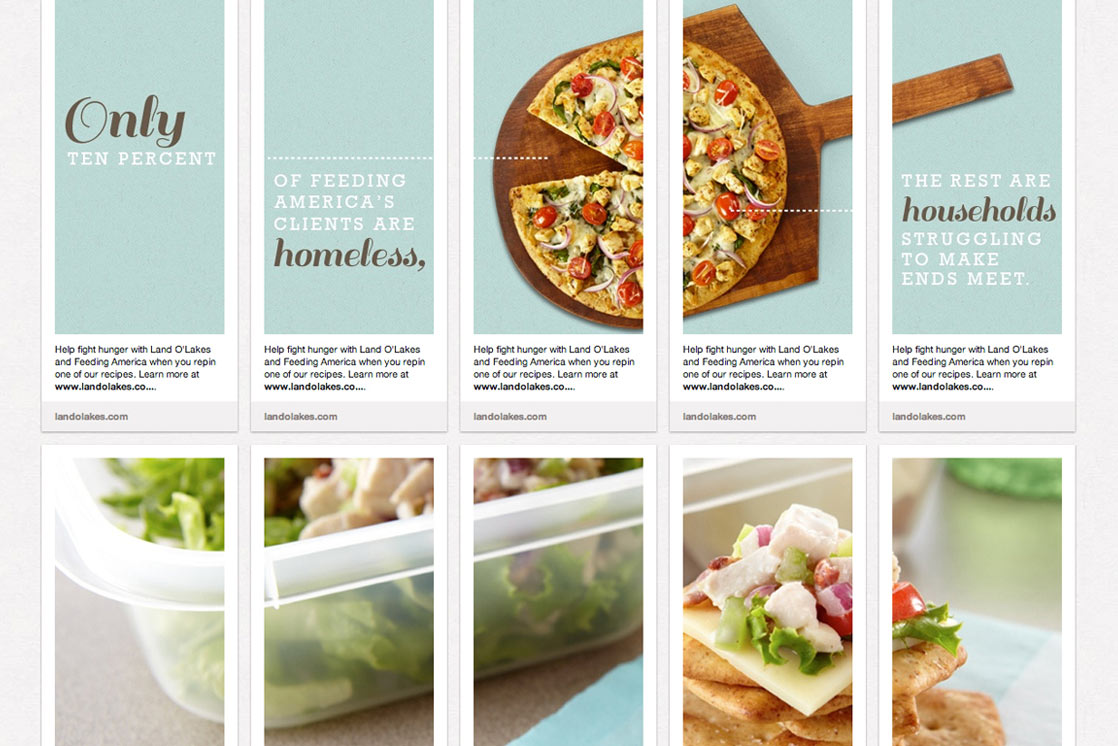 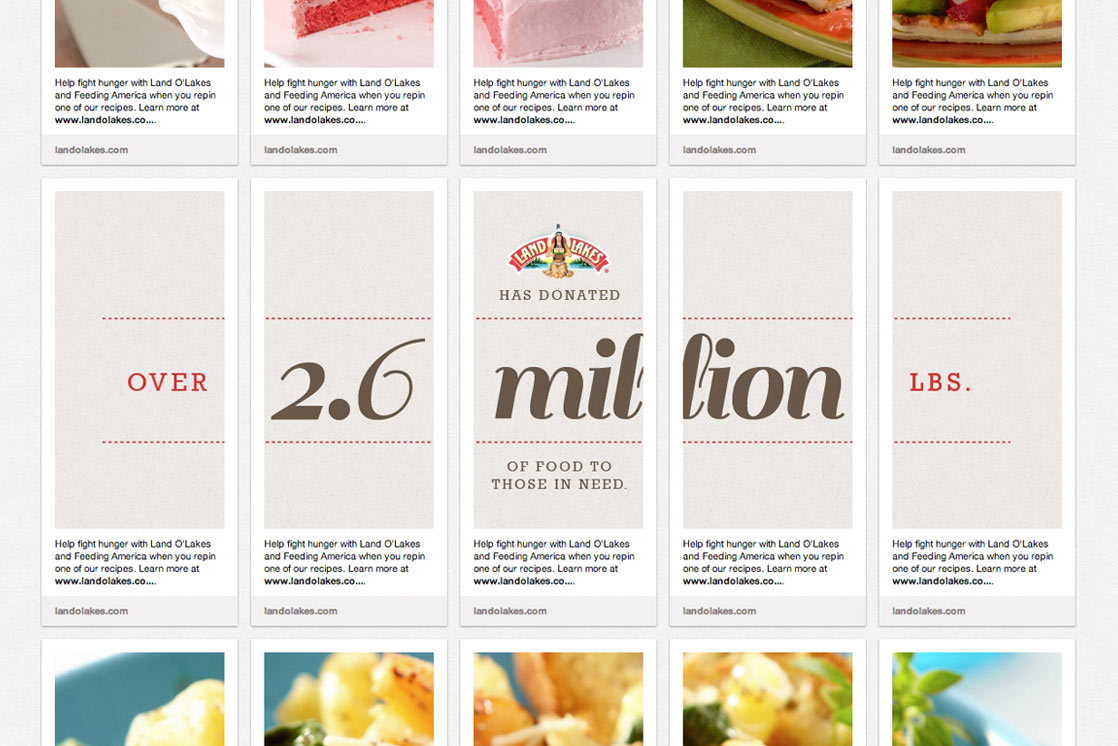 We created a LandOLakes.com and mobile experience along with pinnable web banners

If a user reached the experience through a mobile device, they were brought to a mobile version of the Pinterest board 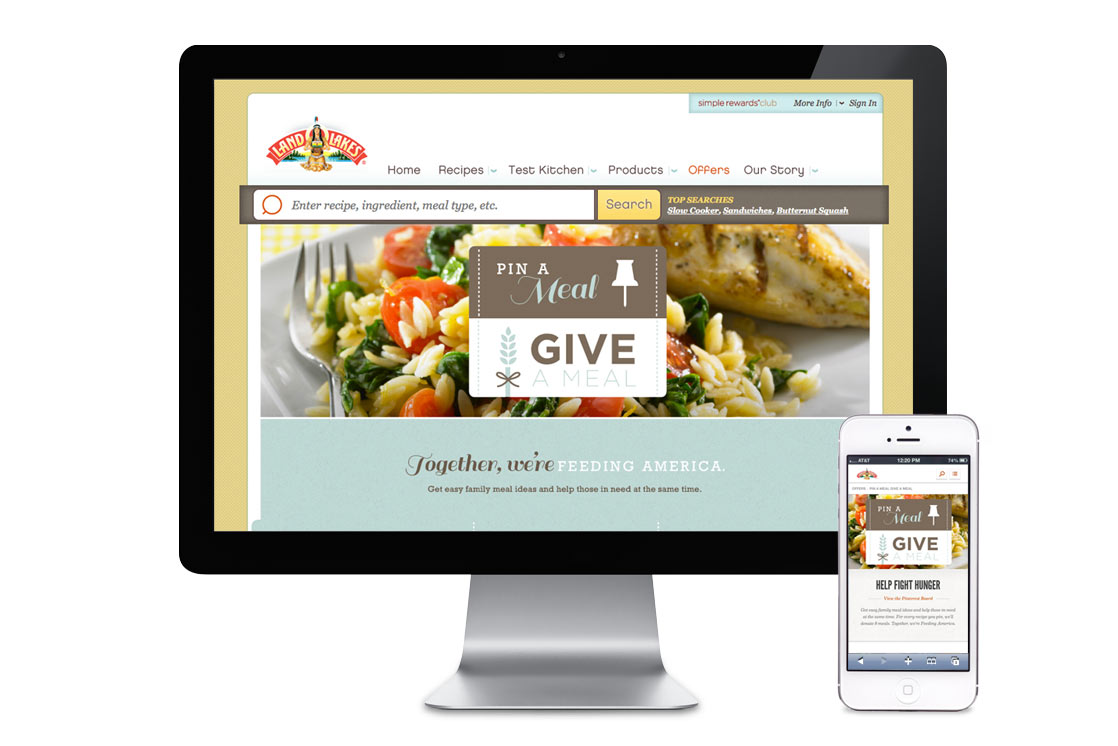 This campaign received accolades from the Webby Awards and the Minneapolis Show. It was featured in "Behind the Design" in HOW Magazine 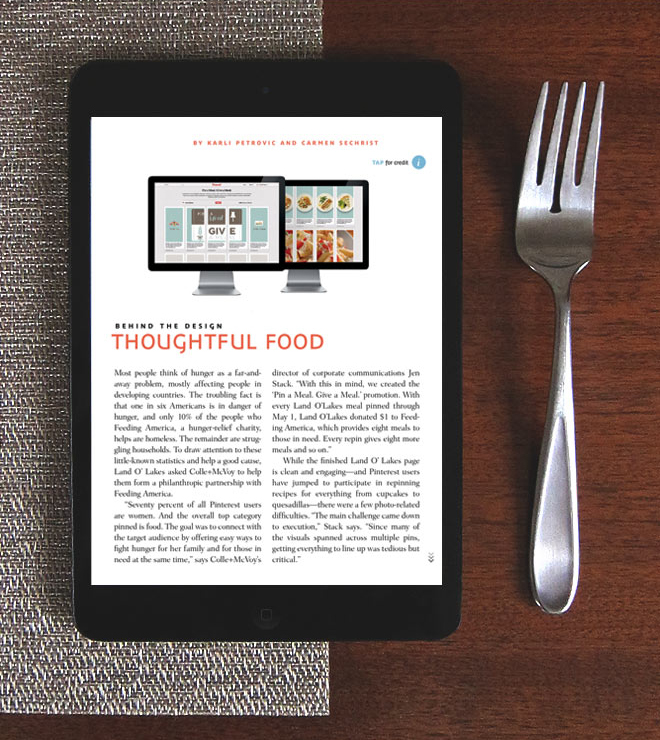